A huge win for the National Nurses Union and all those who undertake the herculean task of organizing the South!

It’s a new day at HCA’s Mission Hospital in Asheville, North Carolina, for registered nurses, for their patients, their community, and as a message to nurses and all workers across the South.

In the first private sector hospital union election win in North Carolina, the largest at any nonunion hospital in the South since 1975 – RNs at Mission voted this week by a stunning 70 percent to join the nation’s largest RN union to secure a powerful voice for improved care and workplace safety. For labor as a whole, it is also believed to be the largest union election win in the South in 12 years.

The nurses voted by 965 to 411 –  a 70 percent landslide – to join the National Nurses Organizing Committee/National Nurses United, in a secret, mail-in ballot election conducted and counted by the National Labor Relations Board (NLRB). The vote count was completed early Thursday morning.

Along the way, the Mission RNs prevailed over a heavily funded anti-union campaign by the hospital owner, HCA, the largest hospital system in the United States, and arguably the most politically and economically influential giant in the hospital industry.

The nurses endured months of delay before the election was held in a state with the second lowest unionization rate in the country. They confronted a regulatory climate hostile to unions and workers’ rights passed down by corporate interests and the Trump administration. They also faced the added challenge of conducting a huge union organizing campaign in the midst of the most dangerous pandemic in a century.

Next is the challenge of actually getting a contract, but the large majority of victory is extremely promising that the hospital won’t be able to stall out of this.

If the union movement is ever going to recover in this nation, organizing the South is absolutely necessary. If anything it’s even more so than it was in 1950 because so many more jobs are there now than in the deindustrializing states of the old industrial union belt. This is a gigantic victory and we should cheer the NNU.

The purpose of a union is to protect the incompetent. By voting to unionize, they have just admitted that they have a bunch of incompetent nurses in their organization.

rlauzon
My dad was in the teacher's union for 40+ years. I worked with the UAW for 15 years. It's not just the police union. It's **every** union.

fancycwabs
All the Fox News personalities are protected by SAG - AFTRA oh wait maybe you have a point.

rlauzon
So are CNN, NBC, CBS, etc. and the rest of the Media.

sfrazer
This is largely a problem with how unions are run in the US (compared to, say, Germany) -- The unions have no stake in how the company fares, they get all their power from the membership of the union. If they had a stake in the success of the company, they'd be more willing to let poor employees go. All of this ignores that health-care shouldn't be a market-based business, of course.

Ignore the CDC, former top health experts say. Some states already have by Beth Mole
Wednesday September 2nd, 2020 at 6:07 AM

The Centers for Disease Control and Prevention is promoting policies that will prolong the COVID-19 pandemic and, as such, states and local leaders should disregard the agency and strike out on their own. That’s according to Harold Varmus, the Nobel-prize-winning scientist and former director of the National Institutes of Health, and Rajiv Shah, the former administrator of the United States Agency for International Development and current president of the Rockefeller Foundation.

The two laid out their argument against the CDC in a searing opinion piece in the New York Times Monday, titled: “It Has Come to This: Ignore the CDC.”

Varmus and Shah’s dramatic disavowal of the country’s leading public health agency was spurred by its abrupt changes last week to COVID-19 testing guidance, which now discourage testing of people who have been exposed to the pandemic coronavirus, but do not have symptoms.

rlauzon
reply
So it's "follow the CDC guidelines" when it's helpful to the Narrarive.

But when the CDC publishes facts that counter the Narrative, it's "ignore the CDC".

Wow! Can Lefties get more hypocritical than that?

nocko
Blocking users on Newsblur, when?

rlauzon
When Lefties can see their own hypocracy? No, that will never happen.

rlauzon
Maybe when Snowflakes can handle opinions that don't match their own? No. That won't happen either.

nocko
Presumably you support "Freedom"... I'd prefer to have the freedom to choose not to see "I'm a high school republican"-level analysis. Think of it like a free markets (you like those, right?). Feel free to post your comments, but you're selling worthless garbage. We should be able to choose not to buy it.

nocko
If anyone else would appreciate a 'block user' feature, perhaps this is the best place for feedback: https://forum.newsblur.com/t/please-please-can-we-have-a-block-user-option/6529/5

CDC guide to reopening was trashed by the Trump admin. It just leaked by Beth Mole
Thursday May 7th, 2020 at 7:34 PM

Public health experts at the US Centers for Disease Control and Prevention have leaked their recommendations on how to safely reopen businesses amid the COVID-19 pandemic—after officials in the Trump administration rejected the guidance and allegedly told CDC officials their plan would "never see the light of day."

The 17-page document (PDF found here) was initially set to be published last Friday but was nixed. Instead, it was released to the Associated Press by a CDC official who was not authorized to release it.

The guidance lays out detailed, phased recommendations for how to safely reopen child care programs, schools, day camps, faith communities, businesses with vulnerable workers, restaurants, bars, and mass transit. Though some of the general points laid out already appear on federal websites—such as an emphasis on hand hygiene—the document uniquely offers tailored recommendations for each type of business.

rlauzon
reply
That's because the CDC guide to reopening **was** trash.

SteveRB511
On the other hand, being trashed by an administration lead by a juvenile pathological liar does indicate that it may have a lot going for it and serves as a positive endorsement to read it.

rlauzon
Only to ignorant leftie elites. The real pandemic is Trump Derangement Syncrome - not COVID-19.

SteveRB511
That response sounds quite emotionally charged. Every day Trump tells on himself, as does his record even before he became a presidential candidate. One doesn't need detractors like MSNBC & CNN on the left or apologists like Fox on the right to let people who are willing to open their eyes to see what he is. Quite frankly, the level of mindless emotionalism that American politics is degenerating down to and the overall lack of quality presidential candidates in a country of over 328 million is quite disturbing with respect to the future of this country. As a life-long Republican, the lack of a thoughtful, intelligent, and capable conservative leader as a presidential candidate is particularly troubling.

Meanwhile, in Austin... pic.twitter.com/TDl9JItUbG by bestofnextdoor
Saturday May 2nd, 2020 at 6:58 PM 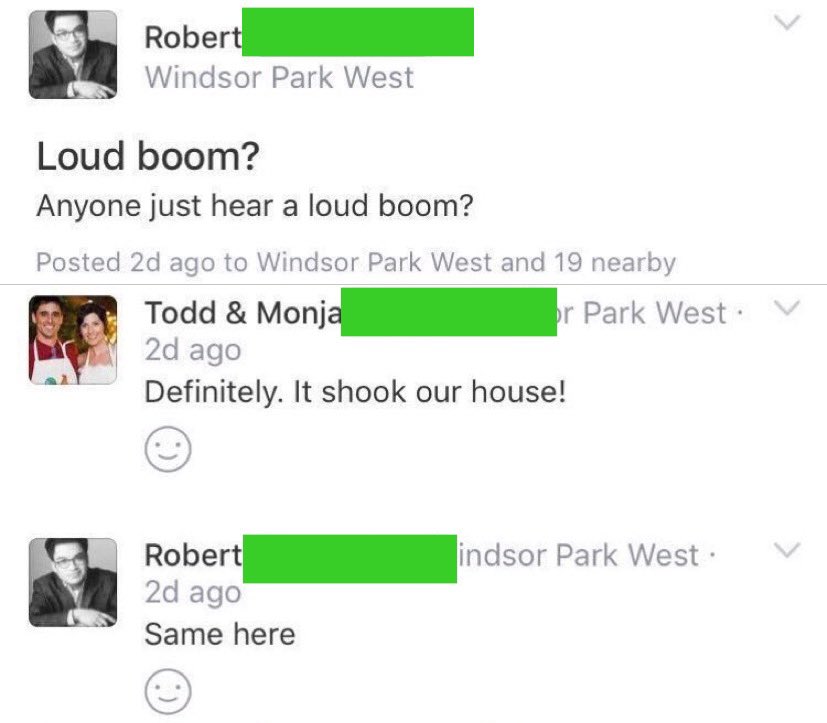 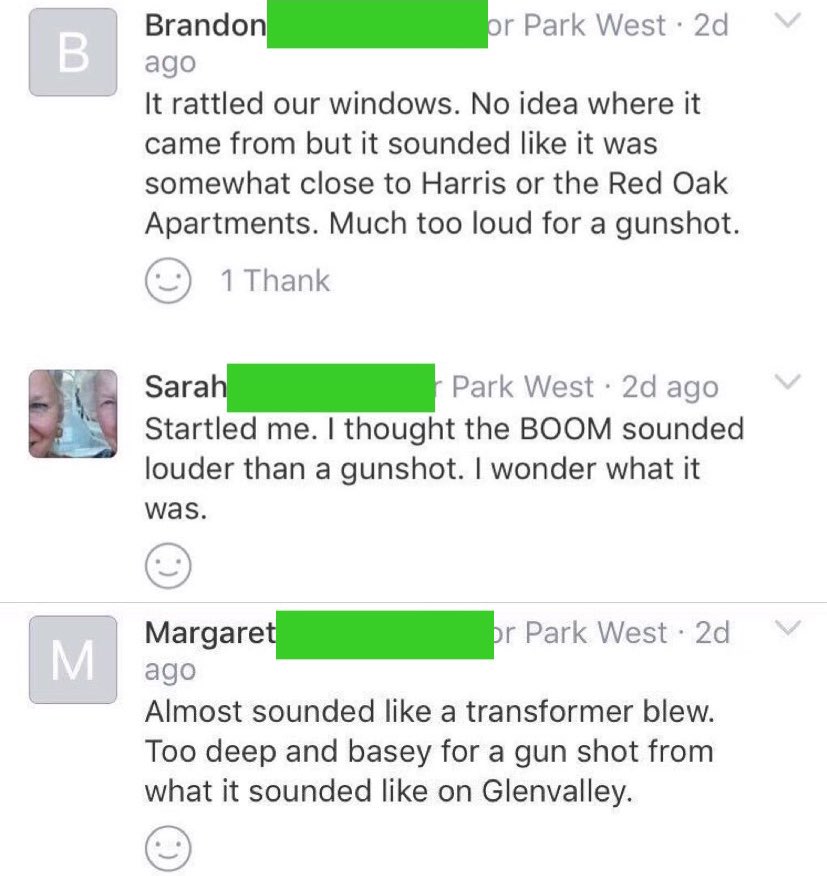 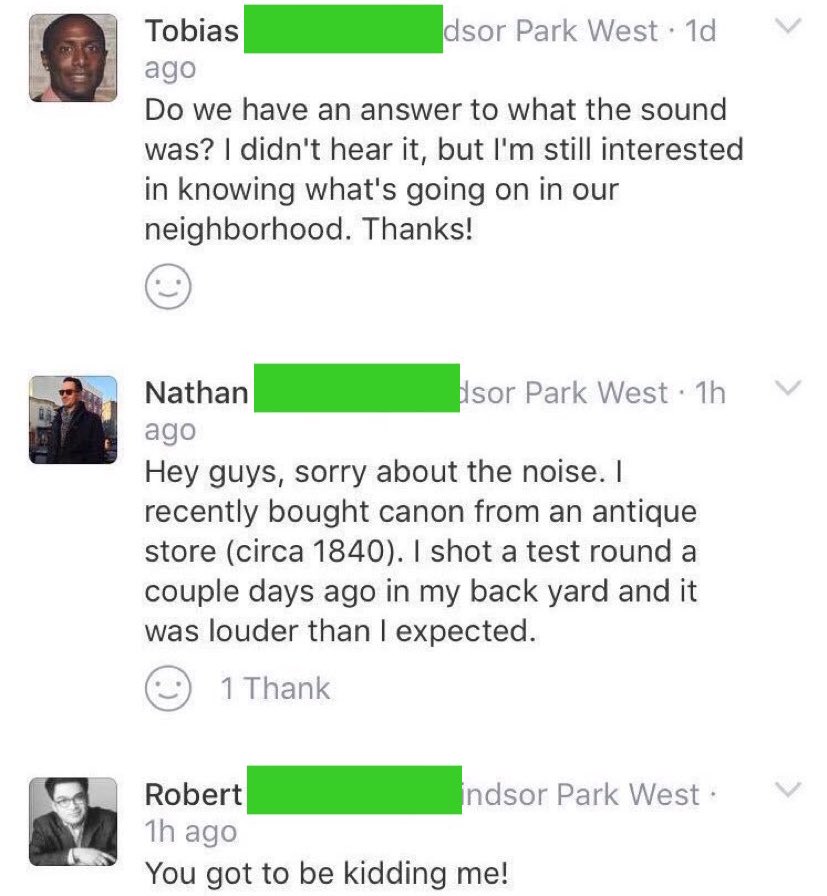 rlauzon
reply
He's lying. It was me. Wife made beans last night.

As more studies roll in, little evidence that hydroxychloroquine works by Cathleen O'Grady
Friday April 24th, 2020 at 6:16 AM

The study was not a randomized clinical trial, which means that the evidence it offers is tentative and should be interpreted with caution. It was also published on preprint server medRxiv, which means it has not yet been peer-reviewed.

But interpreting the evidence with caution does not mean disregarding it completely. This study is one of a growing number telling us that we don't yet know enough about hydroxychloroquine, adding more weight to the argument that we need to wait for better-quality evidence from randomized controlled trials before we start widespread use of a drug with significant side effects.

Some small studies have given us reasons to think that chloroquine and hydroxychloroquine could have potential as treatments for COVID-19. In some cases, the findings come from experiments in cultured cells, which won't necessarily translate directly to using the drugs in sick humans. In others, the findings come from small studies that have critical flaws like using very small groups of patients, having no control group, or excluding patients who died from analysis.

“Normally, such research would be deemed hypothesis-generating at best,” wrote doctors Jinoos Yazdany and Alfred Kim in an opinion piece in the Annals of Internal Medicine. And they were released at the same time that other early studies were finding no evidence that these drugs help COVID-19 patients.

However, early hype—including repeated promotion from President Trump—led to a runaway train of enthusiasm for the drugs. The Food and Drug Administration authorized treatment of COVID-19 patients with chloroquine and hydroxychloroquine despite the lack of good evidence for their efficacy, sparking backlash from former FDA leaders.

These drugs have a range of possible adverse effects, including serious cardiac damage. Using them for critically ill COVID-19 patients therefore not only runs the risk of not helping, but also of actively harming people. The worldwide run on the drugs and resulting shortages are also a problem for patients using them for conditions like lupus, where they have been found to be effective.

A range of clinical trials are now underway to establish whether these drugs are actually beneficial. In the meantime, the FDA authorization means that there is a growing pile of data from patients who have been treated with them.

Testing on the fly

The US Veterans Health Administration is a national system of clinics, hospitals and other medical centers. Because it’s a single organization, data on patients is gathered in a consistent way, which makes it easier for researchers to compare apples with apples.

This evidence is weaker than a randomized controlled trial because the patients who were given different treatments may have had other important differences to begin with. In a randomized trial, patients are assigned different treatments (or a placebo) randomly, which means that different groups should all have a roughly similar mix of people who are very sick or only a little bit sick, old and young, and so on.

In a retrospective study like this one, the doctors may have given the hydroxychloroquine treatment only to the sickest patients, in which case we’d expect that group to have worse outcomes. There are ways to try to account for this lack of randomization in the statistical tests that researchers use to calculate the risks across different groups, but these adjustments require the researchers to work out what other factors might complicate the analysis—a difficult challenge with a random population like this one.

The patients also weren’t representative of the wider population. They were all men and all older than 59 years, which means that the results wouldn’t necessarily be the same in younger groups or among women.

The results don’t mean that hydroxychloroquine is definitely useless or that clinical trials should be halted. Recent NIH guidance for clinicians treating COVID-19 patients says that there currently isn’t enough evidence to recommend for or against treating with hydroxychloroquine, and that remains true.

But they do offer more evidence suggesting that we don’t yet know enough to forge ahead with using the drugs as treatment. The authors of the study acknowledge the shortcomings of their own work but argue that the results nonetheless “highlight the importance of awaiting the results of ongoing prospective, randomized, controlled studies before widespread adoption of these drugs.”

Just last week, COVID-19 was the third leading cause of death. 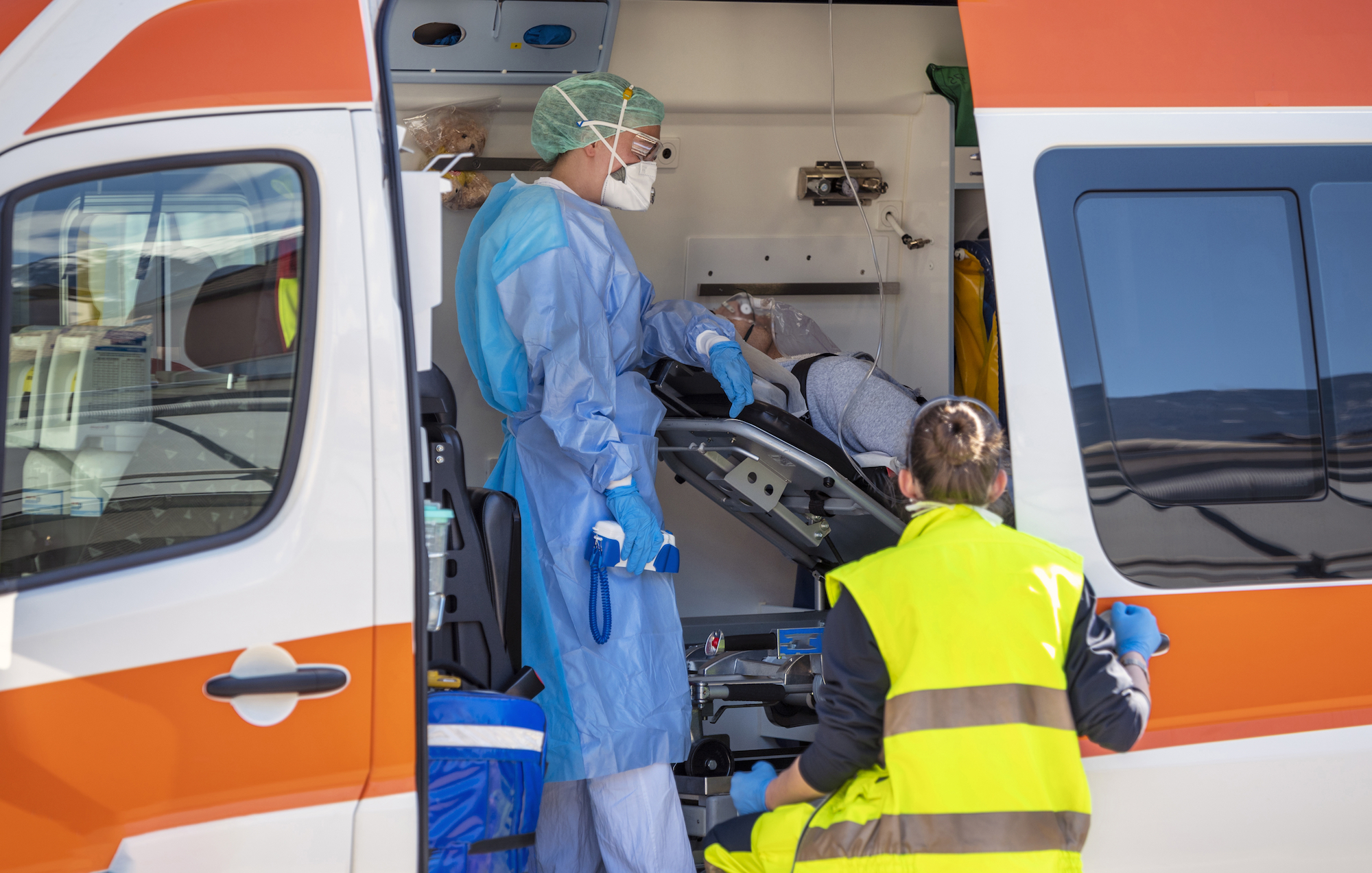 rlauzon
reply
Only because they miscategorise deaths as COVID-19.
Next Page of Stories